Conventional Energy, mainly coal and oil has fuelled the growth of human civilization at least since the industrial revolution. As developing countries like India seek rapid growth, an exponential increase in energy demand is expected. At the same time, concerns about the environment have triggered research and development of various renewable energy sources like Solar, Wind, Geothermal, Biomass etc. Thus energy is today an exciting frontier of rapid development of technology as well as huge investments to cater to the spiraling demand.

Current per capita consumption of electricity in India is about 813.3 kWh” which needs to grow 7-8 times to provide a decent quality of life. The push for electricity generation is led by major economic drivers like increasing household incomes and the fast growing economy with a GOP growth rate of 6-9%. The social motivators are India’s goal to provide universal access and the rapid development in urban and regional areas. There is also an increased sense of environmental responsibility with the need to replace current highly polluting energy sources with cleaner sources. This is also accentuated as there are limited fossil fuel reserves with a significant portion under forest land. The growth in demand for electricity and initiatives in the sector are therefore expected to continue rising.

Fuel availability, funding and people development are critical to cater to the growing demand. In January 2012, the Working Group on Power for the Planning Commission had released a report to formulate the program for development of the power sector during the 12th Plan. To meet the demand requirements of the country, the Working Group estimates a capacity addition of about 76,000 MW during the 12th Plan and 93,000 MW in the 13th Plan. For this capacity addition, the fund requirements will be to the tune of  Rs. 6,38,600 crore during the 12th Plan (including Rs. 2,72,582 crore for advance action for the 13th Plan projects). The estimated additional manpower requirement to support this growth plan is 407.67 thousand in the 12th Plan period and 547.78 thousand in the 13th Plan period. 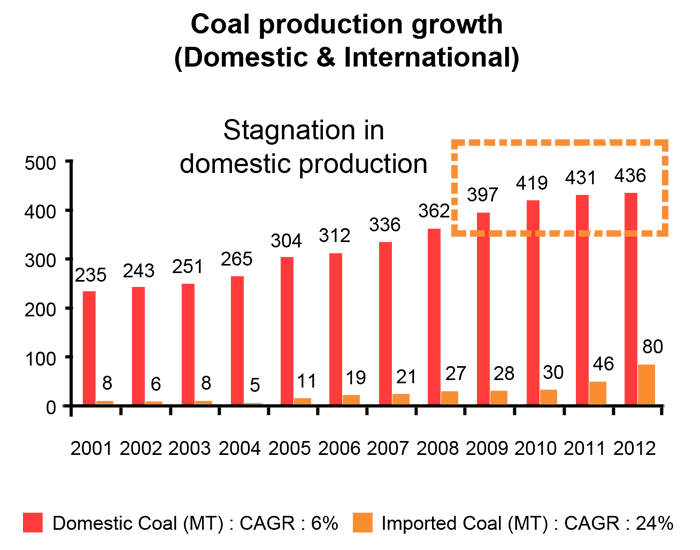 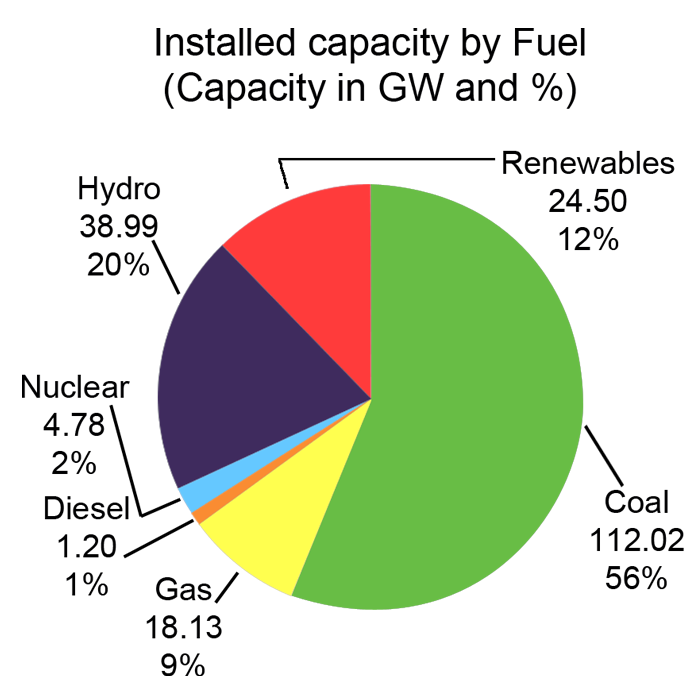 Coal is expected to remain as a major fuel source with an estimated 62.625 GW of coal based capacity addition in the 12th Plan period. However, availability of domestic coal is a challenge on account of various reasons such as bottlenecks in capacity expansion of Coal India Limited ((IL) and coal block allocation, tribal land acquisition, environmental and forests clearances etc. This is further compounded by issues around land acquisition for the power plant water availability and ash disposal for domestic coal-based plants. The gap between demand and coal availability will need to be fulfilled by importing thermal coal. For generating companies, despite the abolition of 5% import duty on thermal coal, increasing foreign exchange rates indicates a rise in price of imported coal.

In view of the inherent risks and challenges in developing and executing new projects and rising fuel costs, the cost of generation is likely to increase. It is apparent that the fuel bottlenecks caused by slow growth in domestic coal industry and high costs of imported coal spurred by tariffs/taxation imposed by thermal coal exporting countries have left the sector in turbulence. Besides coal, even domestic gas quantities available for power generation program have been steadily dwindling to a point that an advisory has been issued recently by Central Electricity Authority