The global chemicals industry is witnessing a gradual eastward shift. The industry is increasingly moving eastwards in line with the shift of its key consumer industries (e.g. automotive, electronics, etc) to leverage greater manufacturing competitiveness of emerging Asian economies and to serve the increasing local demand. Over the last 10 years, the share of Asia in global chemical sales has increased by ~14% points rising from 31% in 1999 to 45% in 2009. With rising concerns around climate change and depleting natural resources, focus on sustainability is another key trend impacting the global chemical industry. Chemical companies are increasingly working towards reducing energy intensity of their operations, minimizing effluent discharge and pollution, increasing the share of recyclable products in their portfolio and diversifying their raw material base to include bio-feedstock. 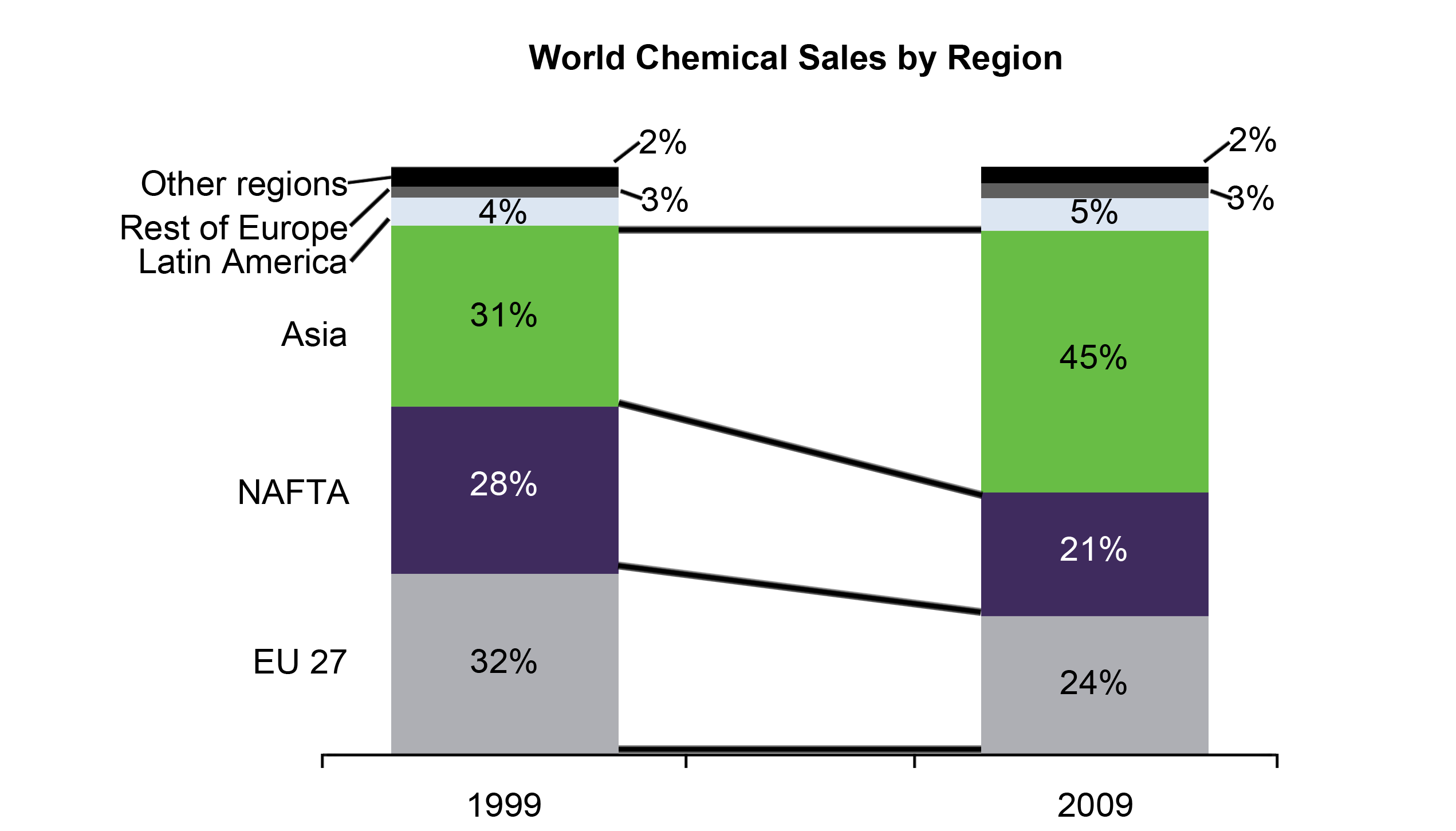 With Asia’s growing contribution to the global chemical industry, India emerges as one of the focus destinations for chemical companies worldwide. With the current size of $108 billion, the Indian chemical industry accounts for approximately 7% of Indian GDP. The chemicals sector accounts for about 14% in overall index of industrial production (IlP). Share of industry in national exports is around 11%. In terms of volume, India is the third-largest producer of chemicals in Asia, after China and Japan. Despite its large size and significant GDP contribution, India chemicals industry represents only around 3% of global chemicals.

Two distinct scenarios for the future of the Indian chemical industry emerge, based on how effectively the industry leverages its strengths and manages challenges. In the base case scenario, with current initiatives of industry & government, the Indian chemical industry could grow at 11% p.a. to reach size of $224 billion by 2017. However, the industry could aspire to grow much more and its growth potential is limited only by its aspirations. In an optimistic scenario, high end–use demand based on increasing per capita consumption, improved export competitiveness and resultant growth impact for each sub-sector of the chemical industry could lead to an overall growth rate greater than 15% p.a. and a size of $ 290 billion by 2017.